Pivoty is the debut game of polish studio Red Band Games. Your task is simple: hit all the figures on the screen. However, there is one thing… you are lacking a crosshair! To shoot, tap the screen, and the shot will hit the area marked by the moving triangles (indicators). Pivoty is not yet another clone, it is an original idea.
There are 200 levels in game, which differ from each other in difficulty and in unique appearance. You have the opportunity to compete with your friends in over 40 timed levels. There are more than 120 achievements that belong to several categories varying from ammount of figures hit, to shots you needed to reach 100 level…
Can you even make it that far?!
You can boast about your in-depth stats at any time. Pivoty gives you the opportunity to customize the look of your game to your liking.
If you are fond of dark colours, go for it and change them. In our game, you will surely make multiple mistakes and miss the targets, but don’t worry, you can use the UNDO which will allow you to rewind your last shot. You can get UNDOs free of charge for advancing to next levels.
The game also features 12 secret levels that are unlocked by putting in the right password, they differ significantly from those standard ones.
Pivoty enforces maximum concentration, but also grants incredible satisfaction. 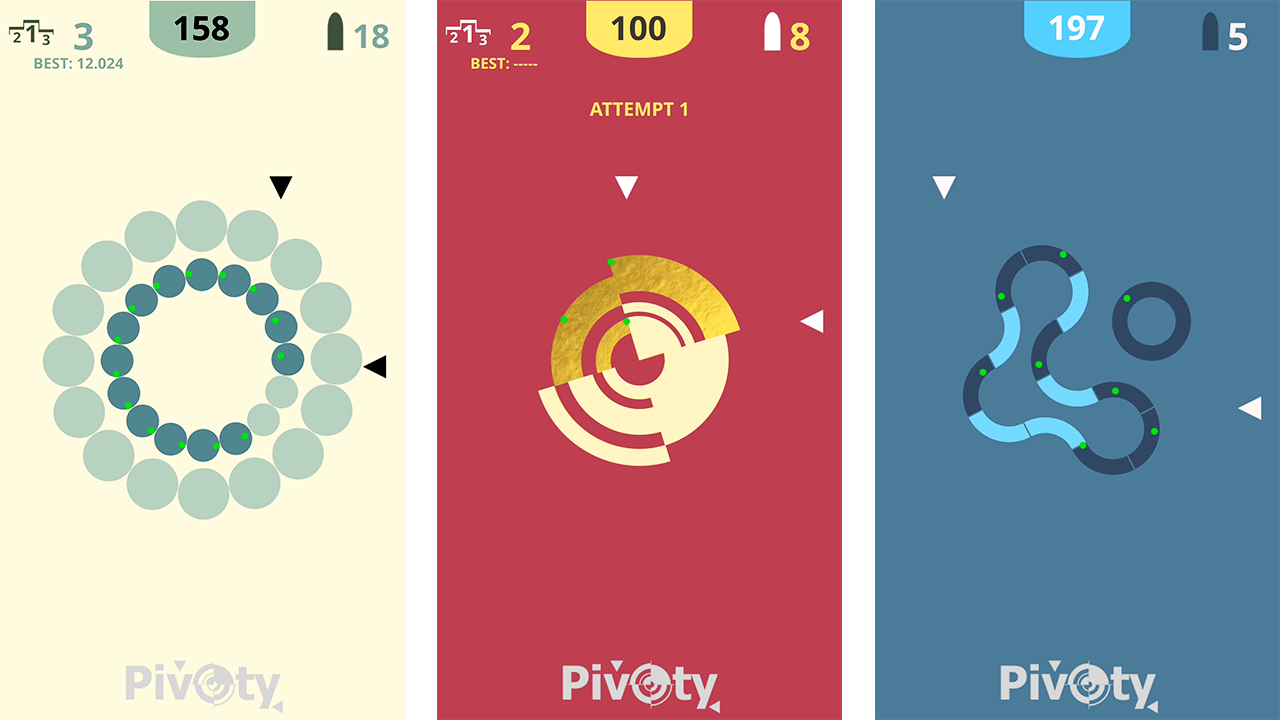